America builds the tallest solar power tower in the world 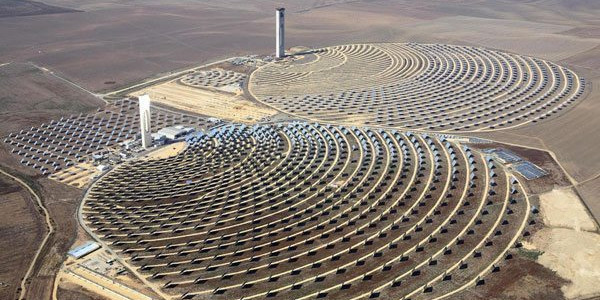 According to the Vietnam News Agency reporter in the US, the country has started construction of twin towers 800 meters high in the Arizona desert to generate electricity from solar energy.

This is the world's first tallest twin tower to produce solar thermal energy, not using the current technology of solar power generation from panels.

The bottom of the tower is the size of a football field, producing a solar-powered green energy source that heats the air and is fed into the tower to replace the cold air, pushing it to the top of the tower and spinning the turbine. That creates energy.

Generating electricity from the solar tower will create a clean and safe source of energy enough to supply 150,000 households and create jobs for 1,500 people.

The power generation tower is based on the principle of temperature difference. Accordingly, the temperature collected during the day is enough to continue producing electricity at night so the tower can operate in all weather conditions with low maintenance costs, reducing 1 million tons of greenhouse gas emissions and saving more than 4.5 billion liters of water / year compared with current unsustainable energy generation.

The construction of the twin towers for solar power is a collaboration between Australia's EnviroMission company and three US companies. According to the project plan will build at least 20 similar towers in the US in the next 20 years.