Vinacomin is expected to consume 4.3 million tons of coal in March 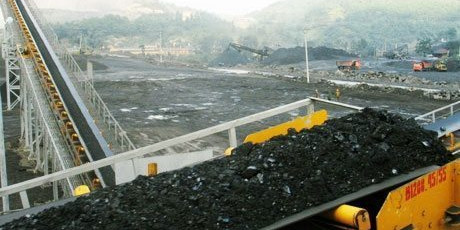 On March 4, 2013, Vietnam Coal - Minerals Industry Group (Vinacomin) held a briefing for production management, review the implementation of the tasks in February 2013 and started production in March 2013.

In the first 2 months of 2013, production and business had some difficulties such as drizzle, fog and the Lunar New Year holiday, but the whole Group still produced and consumed 6.6 million tons of coal. original. In which, export 2.3 million tons, domestic consumption 4.3 million tons; excavated nearly 30 million cubic meters of soil and rock; digging 51.7 thousand meters of kiln, of which the basic construction kiln is 8.8 thousand meters.

Several mineral products and industrial explosives have high turnover value. In particular, alumin products have been exported to the warehouse and sold, marking the initial development of the country's aluminum industry.

The Group's revenue reached 14,346 billion VND. The protection and security of the mine boundary has been maintained. In particular, the consumption of products shows signs of improvement, many coal export contracts have been signed, with a total of over 4 million tons of coal of all kinds.

In March 2013, Vinacomin set out the task of producing 4.5 million tons of raw coal, consuming 4.3 million tons. In which, exported 1.8 million tons, bringing the total coal consumption of the whole quarter 1 to nearly 11 million tons.

To carry out the above tasks, Vinacomin directs departments and units to follow the domestic and international markets to consume coal and minerals, with the highest output, reduce inventory; give priority to product consumption for units with low production costs.

In March 2013, Vinacomin will issue a regulation on contracting costs and implement it to all units to ensure cost savings, lower product costs in production ...