You are here:
Country 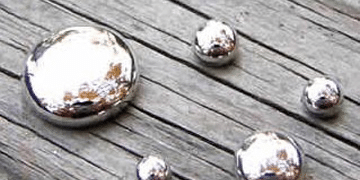 The United Nations Environment Program (UNEP) said that in recent years, a number of countries in Asia, Africa and Latin America have increased their gold mining activities due to the continuous increase in world metal prices. , as well as thermal power generation and as a result, has released enormous amounts of mercury into the habitat.

In addition, the production of cement, manufacturing electric transformers, making light bulbs, tanning ... has also developed very strongly in most areas, and like the two industries above, these are the industries that use mercury. In production, therefore, it contributes to increase the amount of this extremely toxic substance in the air, adversely affects the environment, and causes ordinary and uncommon incurable diseases.

Asia's rapid economic growth has spurred the growth of industries that use mercury in manufacturing, making the continent the largest emitter of mercury, according to UNEP. accounting for nearly 50% of this harmful waste in the world. And that fact needs to be taken into account by policy makers as well as industrial manufacturers of the continent to protect human health.

It is very worrying, UNEP stated, that more and more mercury is mixed in rivers and lakes, which have always been the main source of water for human consumption.

According to the organization's data, there are currently about 260 tons of mercury in the water of rivers and lakes worldwide, and also, due to human activities, in the past 100 years, the amount of mercury has increased. twice on the surface of the oceans, and at the bottom of the oceans, the amount of mercury also increased by 25%, and then it was humans who were the first subjects to suffer the consequences of that situation, which is one of the reasons. This has resulted in the use of marine fish contaminated with mercury.

Also according to UNEP, although there are currently technologies that reduce the impact of mercury on human health, especially on pregnant women and children, but the exploitation and use of mercury are limited. It is still an urgent requirement for all countries, both developed, developing and underdeveloped, to protect human health and avoid incurable diseases caused by mercury.

An effective solution for reducing Manganese in water
26/07/2013