Switches on the grid 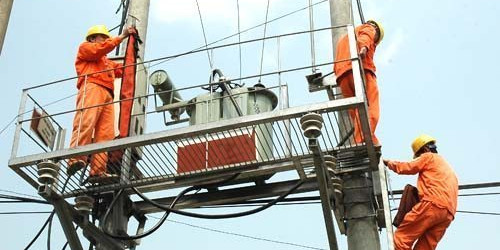 Most failures in the power distribution system are transient incidents. Therefore, to continuously increase the power supply to the load, instead of using a circuit breaker, we use a normally closed circuit breaker (Recloser). In essence, a self-closing breaker is a machine with a controller that allows you to program the number of repeated switches according to pre-set requirements. Simultaneously measure and store a number of necessary quantities such as: U, I, P, when the short circuit occurs. . . 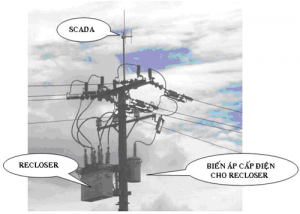 The load breaker is structurally similar to the Recloser but does not have a closing coil, cutting coil and controller, so it cannot be controlled remotely or in combination with relay protection to perform the protection function. LBS can open and close the circuit at full load. The opening and closing of LBS is usually done by stir fry and at the place where LBS is located. To perform the LBS protection function must be used in combination with a fuse.

Isolator (DS) is a device that creates a visible gap in order to increase the psychological stability of line and equipment repair workers. Isolator can only switch no-load current. Isolating knives are usually arranged on columns. In high-voltage grids, isolators are rarely placed separately, but are often combined with fuses and circuit breakers. Isolator knives are made of many different types and styles, with outdoor and indoor isolation knives; one, two, three ceramic isolation knives; a straight, horizontal rotating mesh isolation knife; one-pole isolator (single-fire circuit breaker), three-pole (interlock breaker). Isolator is usually opened and closed by hand through a moving mechanism located on the column.

LTD has a construction similar to an isolator but is mounted on a line instead of on a pole like the DS. The LTD operation is performed through insulating sautéing. 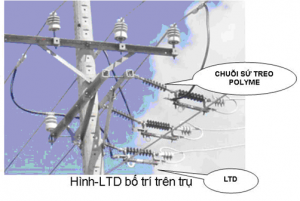 FCO (Fuse Cut Out) is actually a type of breaker with fuse used to protect devices on the medium voltage grid when overloaded and short circuit. Its self-falling nature creates a visible gap, makes it easy to check line switching and provides operator safety. The FCO can only switch the no-load current. 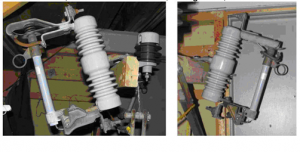 LBFCO is essentially FCO equipped with an arc stamping chamber so it can switch small loads.

As a type of device used to protect Transformer Stations, important equipment on the grid and the ends of underground cables from the incident when there is induced overvoltages due to lightning strikes, as well as internal overvoltage, LA is pre-placed and parallel to the protected equipment.
When there is an overvoltage, the gaps will discharge and the value of the nonlinear resistance is now very small for current to pass through. After the overvoltage is brought to ground, the residual voltage applied to the lightning protection is small below the specified level, making the nonlinear resistance very large, preventing current from passing. When the alternating current passes through the zero value, the arc will be automatically extinguished.
Under normal conditions, the voltage applied to the surge protector is the phase voltage of the grid. Now the nonlinear resistance has a very large value or in other words it is insulating. But when an overvoltage occurs, it will discharge before the device it protects, the nonlinear resistance value drops very small and leads the pulse current to ground. When the overvoltage condition is over, the surge protector returns to its original insulating state. 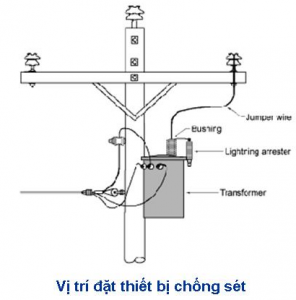 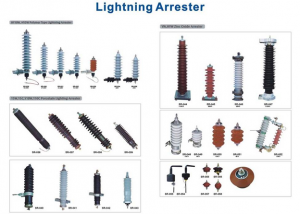