You are here:
Air conditioner 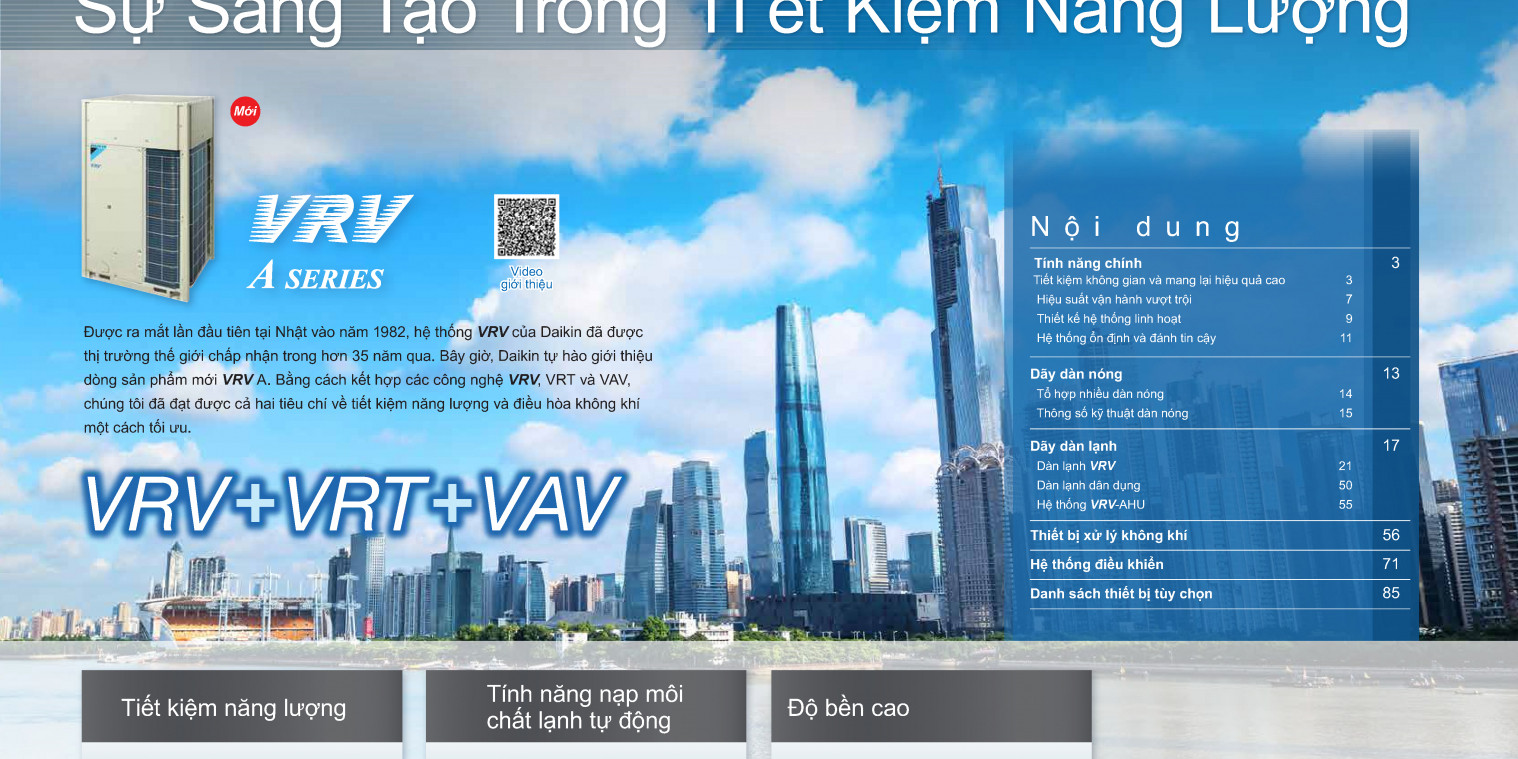 In the Japanese market or some other countries, the VRV A center air conditioner is called VRV X. But that is a different name, but in fact it is similar in quality, parameters, ..

In the building, the air-conditioning system always consumes the most power (usually accounts for 60-701T1T of the total power consumption of the building), so air conditioning is always a top priority. . Fortunately, Daikin has created a big turning point in energy saving in the VRV A series of central air conditioners.

VRV A with such a high energy saving coefficient, at present (in 2018) there is no higher line of central air conditioning.

This is a favorite feature of technicians, because now there is no need to worry about overcharging or lack of gas affecting the performance of the machine. Because the VRV A system was able to automatically calculate and recharge enough gas.

Central Air-conditioner Daikin VRV A operates more stably and quieter by improving heat exchange efficiency during operation. The noise level of outdoor units is now only 56 - 60 dB and the average indoor units are 30 - 35 dB.