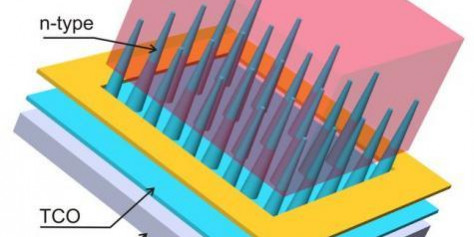 Researchers have found a new silicon-like structure, called Silicon BC8, that could increase the efficiency of solar cells. This research is detailed in the journal Physical Review Letters, January 2013 issue. Researchers at the University of California Davis calculate the incremental performance calculated using computational simulations.

The phenomenon of quantum confinement produces more than one electron hole pair, and scientists at the Los Alamos National Laboratory, UC Davis and the National Renewable Energy Laboratory have studied this phenomenon specifically. With traditional batteries, for every photon entering there will be a pair of electron holes, so the maximum efficiency will reach 33%. Nanoparticles of traditional silicon compounds can only function in ultraviolet light under the influence of quantum confinement.

The scientists discovered that if more than one electron hole pair per photon could be produced, an efficiency of up to 42% could be achieved - an efficiency level far exceeding that of any current solar cell. The new method is not only effective for areas with ultraviolet light, but also in areas of invisible sunlight.

Experts also believe that by combining multiple electron holes per photon with parabolic mirrors, the maximum efficiency of the battery can be as high as 70%.

Researchers support the ability of a silicon structure called BC8 silicon. BC8 is formed under high pressure but is stable at normal pressure. Computing simulations were performed at the National Energy Science Research Supercomputing Center at Lawrence Berkeley Laboratory.

The results showed that the BC8 silicon nanoparticles practically produced multiple electron hole pairs per photon even when exposed to visible light. Therefore, scientists are hoping for the possibility of creating one of the most efficient solar cells in the world.